Ford H2O On The Go

Will Ford Vehicles Soon Be A Source Of Clean Water? 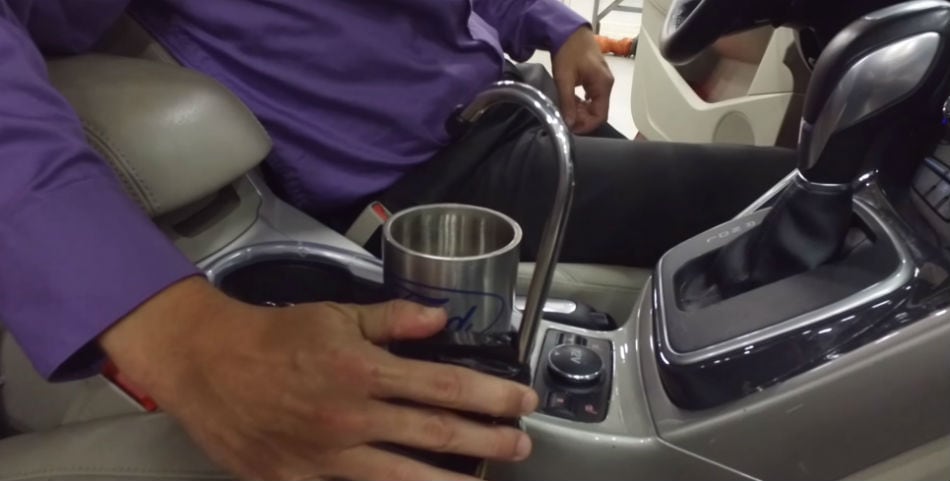 The Ford Motor Company has long been an innovator. The V6 and V8 engines are excellent examples of making the “impossible” possible, and thanks to Doug Martin, Ford’s Powertrain Control Engineer, they’re on the precipice of a similar invention.

The concept is very simple, however the impact it can make is far-reaching. In basic terms, it’s a way of collecting unused, wasted water already being produced by Ford vehicles, and turning into clean water that you can drink.

Let’s start from the beginning. Ford held a conference called Forward with Ford in Detroit, Michigan a short while ago this year. It’s essentially an event, where innovators discuss and reveal new inventions and ideas being developed by Ford.

What Exactly is This Unique Idea?

His system is quite ingenious. It involves a portable water system via your Ford vehicle – it’s still speculated which models and regions may include this unique feature. Here’s how it works.

Doug Martin spotted a billboard in Lima, Peru. On it was depicted the message of conserving water, with an image of water being collected from basic humidity and being turned into clean drinking water.

Accessibility and necessity are cornerstones of this idea. Because places where air condition is most often used – such as the southern United States and Australia – are often areas where water is scarce, it triggered an idea.

Why not make water readily available in your car? Rather than being required to drive miles, taking the time and energy to go out of your way to purchase a bottle of water, it would make much more sense to have instant access without leaving your seat. The beauty is that it actually works best in areas that have less access to water.

Once the previously wasted water is collected from the air conditioning system, it is then passed onto an effective filter system. Drop by drop, it’s collected and added to a water contained built directly into the car.

Who Does This Benefit?

It’s convenient in that it requires absolutely no manual operation. A useful implementation would be simply to build a simple to use dispensation system within the car. This way, you can simply reach over and fill a reusable bottle, or drink it directly.

This is especially useful in remote areas, where access to convenience stores is few and far between. As an added advantage, people won’t have to pay a nickel in order to purchase this water, and won’t pay anything for plastic bottles.

How Effective Truly is On-the-Go H20

How much water could this actually provide? Will you have to run your air conditioning for days on end, in order to accumulate a single glass of water? This is where Doug’s design and prototype are very impressive at this time.

The water produced is actually in impressive amounts. According to his demonstrations, he was able to get about 64 ounces of water in as little as an hour. This is enough to fill 4 plastic bottles of water that you’d find at the store.

Where This Is Going

This project is still in experimental and development phases. It’s likely that Doug will come up with even more effective methods. It’s unknown which types of filters will be used, at this time, and this is really the only known ongoing customer expense for this feature, however small it may be.

Further developments have taken place as well. As early as May 2016, plastic components and car foams have already been designed based on the carbon dioxide emissions produced by Ford’s manufacturing plants.

Ford To Protect Us From… Spiders?